One of the most significant events in Bela Palanka since 2006.

Serbian traditional cuisine encompasses a variety of tastes and smells, created by a mixture of influences of various peoples who passed through here and lived in this area. The traditional specialty of the Bela Palanka region is banica (pie), which our grandmothers prepared on all occasions. 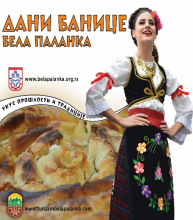 Our housewives say that the name banica comes from the word drop by (srb. banuti), since banica can be filled with anything that is available to the housewife when the guests drop by. Banica is a pie without yeast, with developed crusts, stuffed with boiled sheep's cheese and drizzled with fat. 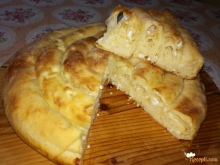 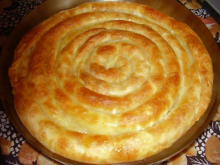 Upon the initiative of the "Scent of the Homeland" association members, Her Majesty the Banica received its manifestation. The idea for starting this event arose as a result of many years of field work of the founders of the association, with the goal of preserving from oblivion the old culinary recipes of our grandmothers.

In 2006, the first manifestation "Days of Banica" was held in the restaurant Vrelo and lasted one day, when 36 members of the association invested their material and time to realize their idea. As early as the following year, 2007, the interest in the event grew and the organization was taken over by the National Library "Vuk Karadžić".

The event is joined by bakers and cheese producers. From year to year, the event is supplemented and refreshed. The associations exhibited their handicrafts, handmade jewelry, pottery, woodcarving, folk costumes and more. Visitors could try local traditional cuisine. The contestants, mainly females, competed in only one category - salty original banica. The ambience was traditional, the contestants were dressed in traditional folk costumes. A three-member jury evaluated the taste, smell, archaisms and complete production of banica. Prizes were awarded for the first three places, as well as for the most beautiful folk costume, the youngest and oldest participant and the best arranged table. In cooperation with the PE Center for Culture "Bela Palanka", the event is accompanied by a cultural and artistic program with guests from Serbia and abroad. 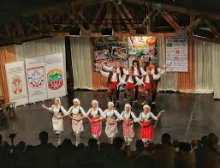 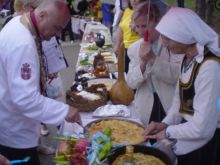 The event soon took on an international character. Associations from Macedonia and Bulgaria have joined the competition.

It is a tradition for the winner to knead a giant banica, and the material is provided by the organizer. Since 2009, the presentation of making banica has been introduced, so that visitors can see how to make it. The years have passed, and the manifestation "Days of Banica" has progressed in every aspect, the number of competitors has increased, the interest is growing from year to year.

In 2012, the organization was taken over by the Tourist Organization of Bela Palanka. The event lasts 3 days and takes place in the second weekend of August. Two more categories are introduced, sweet traditional and integral traditional banica. The pies are evaluated by the expert jury of Serbian Association of Chefs.

Workshops for children are held, where our youngest participants, with the help of the event promoter Nenad Gladić ("Lepi Brka"), can learn how to make their first banica. The Children's Olympics are also being introduced, where even the youngest competitors can compete in the preparation of banica, as well as in the workshop "Drawing on flour". Banica is also being made by the children of diplomatic representatives. 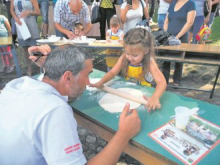 Since 2015, banica has been evaluated by an expert international jury of the Association of Chefs of Bulgaria and Romania. Visitors can taste the specialties of foreign cuisine. Diplomatic representatives from Australia, England, Ghana, India are taking part as well.

In the very center of the city, a statue "A woman from Bela Palanka with a banica" was placed - as a sign of gratitude to the women who have preserved the tradition. It is also the only statue in Serbia dedicated to a housewife.

Every year, this event is visited by several thousand visitors from all parts of Serbia as well as from abroad. During the manifestation, over 20,000 visitors come to Bela Palanka, of which about 4,000 are tourists from Bulgaria.

In addition to salty, sweet, integral, another category was introduced - creative banica. There were about 300 competitors at the event.

The gastro-manifestation "Days of Banica" is organized in the period of August in the beautiful ambience of park "Vrelo".

Visitors always have the opportunity to enjoy numerous surprises and a rich cultural and artistic program. The event is of a competitive nature and nurtures the customs, culture and tradition of this part of Serbia. This event tries to preserve from oblivion the old culinary recipes of our grandmothers, and to pass them on as they have been passed on "from generation to generation" throughout history.